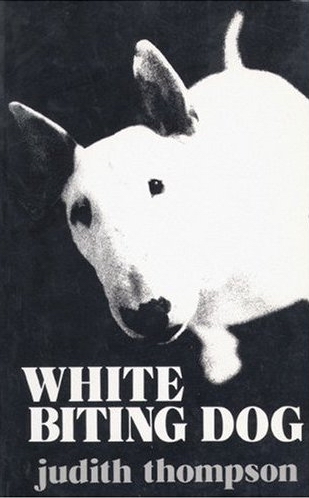 Winner of the 1984 Governor General’s Award for Drama

Canadian drama has always been something of an enigma. We have world class writers like Sharon Pollack, Michael Healey, Kent Stetson, George F. Walker, and the list goes on but it seems that our theatrical literature does not get the same attention as the great American and European dramatists. This is certainly not for lack of quality. On the plus side though over the past number of years more and more universities have been including Canadian Drama courses in their CanLit rotations and in 1981 the Canada Council for the Arts took the huge step of recognizing drama’s unique place in our literary culture by separating the Governor General’s Award for poetry and drama into their own categories.

One of our leading dramatists is without a doubt Judith Thompson. A two time winner of the GGs, countless Dora Awards, the Toronto Arts Award, a Canadian Authors Association Award, several Floyd S. Chalmers Canadian Play Awards, an Officer of the Order of Canada, and Ms. Thompson was the first Canadian to receive the Susan Smith Blackburn Prize. Needless to say her resume is quite impressive. About a year ago I went through great trouble to obtain a copy of her second play White Biting Dog; eventually tracking it down on AbeBooks from a vendor in Vancouver. I finished the book about a week ago and this was the first book in a long time that after finishing the only thing I could think was “what just happened?” This is not a common thought for an English major who specialized in Canadian literature and loves drama.

Like most of Thompson’s plays White Biting Dog relies heavily on mystical realism and theatrical metaphor to drive the action. The play has five characters. Cape, the central figure, is a young former lawyer who is suicidal; the play gets rolling with him reflecting on his attempt to end his life and how he is saved by a white dog that sends him a message. The dog’s owner, Pony, ends up at Cape’s house (how, I am still not sure), a romance ensues and helps serve as the catalyst for the plays central conflicts. Cape lives with his father , Glidden, who is close to death from some kind of disease brought on by his addiction to rolling around in peat moss. Cape believes (according to the message from the dog) that if he reunites his parents, his father will live. Cape’s mother, Lomia, and her much younger boyfriend, Pascal, arrive at Glidden’s home after their apartment burns down. What ensues is a very fast paced web of lies built by Cape to bring his parents back together. It would be almost impossible to divulge anymore details without ruining the book for you.

This play examines a lot in a 104 page book or 2 hour stage production. By turns the play takes on the symbolism and meaning of death, love, suicide, sex, homosexuality, and the eternal bond that two people share no matter what circumstances have been dealt to them. White Biting Dog, probably more than any other Canadian book I have ever read, really explores the existentialism of human interactions and relationships. Now all this being said; this is an incredibly difficult book to read. Like a lot of plays it is written more so to be used as a script and production map, as opposed to a piece of literature to be read; the sentence structures and vernacular that is used is meant to guide the actors in their performances. There will be times you need re-read a page or monologue because you will sit there and shake your head wondering what’s going on.

White Biting Dog is Judith Thompson at her best. I hope that I one day have the opportunity to see a staged production of this piece. For those of you who wouldn’t know a Canadian playwright from a hole in the ground, well, you now know where to start.